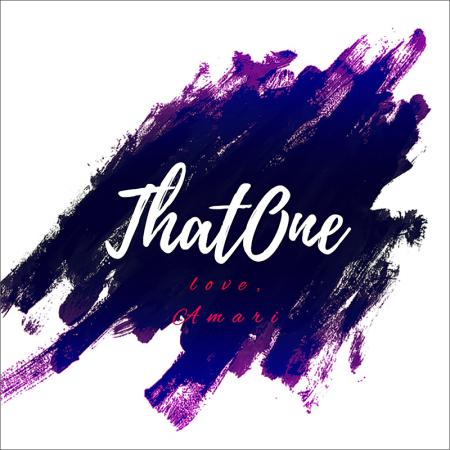 That One accomplishes everything you could want from a debut release. Its depth, sophistication and genre-mashing showcases an artist that has a clear vision for her sound. The opening title track sets the tone with it’s reversed waves of synthesis and stacked vocal harmonies. “Love Hate” finds Amari contrasting vocal styles: intimacy meet megaphone. “Hooked” and “Little Heart” take the production and songwriting in a very different direction, but logical progression; non-traditional percussion drives both tracks. That One finishes with 4x4 stomper “Nebula Reflection” leading into the opus, nearly seven-minute, “Let Go”. As an introduction to the sound of Amari, That One , displays the depth and musical versatility as well as a profound facility for narrative storytelling and heartfelt emotion.

Spring Garden Records is the official record label of the Community College of Philadelphia, providing a platform for the release of diverse genres of music created by students, alumni, members of the College community, and other Philadelphia artists engaging in the new sound of Philadelphia.

Produced by Amari and Starkey