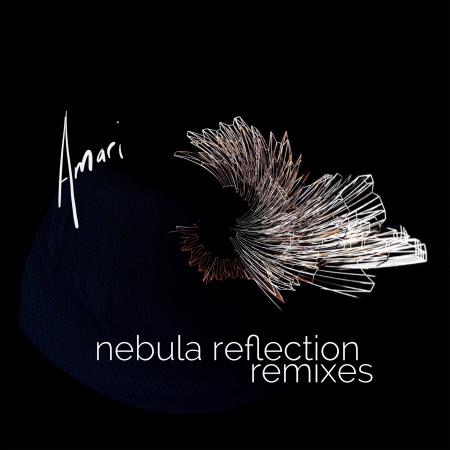 Amari’s debut EP, That One, was the first release from Spring Garden Records in Fall of 2018.  The records showcased modern-thinking r&b productions alongside thoughtful lyrics, all from the creative mind of Shanice Manley (aka Amari).  Arguably one of the best tracks on the release was Nebula Reflection, a dark roller with dense vocal harmonies.  So Amari entrusted the stems of the record with four of Philadelphia’s finest producers.

With releases on all of Starkey’s labels, RVLVR’s take on Nebula Reflection slides in nicely with a broken beat rhythm and production reminiscent of his recent work with songwriter/guitarist Ben O’Neill.  RVLVR twists new chords under Amari’s vocals bringing fresh progressions built by pulsey monophonic synths alongside arpeggiated lines.

Geo Metro is up next, chopping the original track up into crashing fragments that cascade into a wall of sound pulsing climax.  With recent releases on Tiger Blood Tapes, Scivias and Ravage2099, this Philadelphia-based producer is carving his own unique brand of electronic music: pulling from vaporwave, post rock and Mac OS9.

NebulR completes the remix package with his debut release.  This Philly-based newcomer speeds up the original to a frenetic pace, creating a fist in the hair, hand-clapping, club track.  We look forward to hearing more from this burgeoning producer.

All songs written and produced by Amari and the Remixer credited.