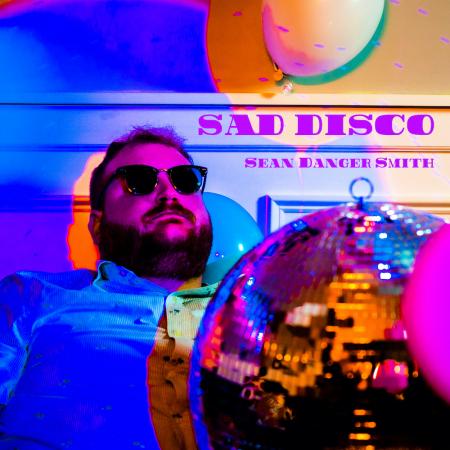 Opening track “Tchoupitoulas” is named after the famed street in New Orleans where Smith spent some time while attending Loyola University.  Album single, “City Wide (We Met at Ortlieb’s)”, has already received airplay on WXPN after first appearing on the Philadelphia artist compilation, Philly Loves You earlier this year.  In the song, Smith sings, “I love you like an open mic.  You drew my face on a napkin when we met.  Micro-romance in the smoking section.”  Smith’s metaphors are overly personal, but his delivery and wordplay is so strong that the listener can easily create a vivid picture of the song.  On album closer, “Scared”, Smith sings, “I think if I could use some more imagination I could see what it would have been like if I tried to hold my liquor back….”  Lines like these show how intimate and vivid Smith’s songwriting can be: it’s as though he’s opened up his diary and given the listener a chance to inspect it front to back.

With Sad Disco, Sean Danger Smith has cemented himself as one of this generation’s most talented songwriters and artists.  Comparisons will be made to contemporaries Bon Iver & Ry X, but Smith’s emphasis on lyrics and his unique guitar performances set him apart from the pack.