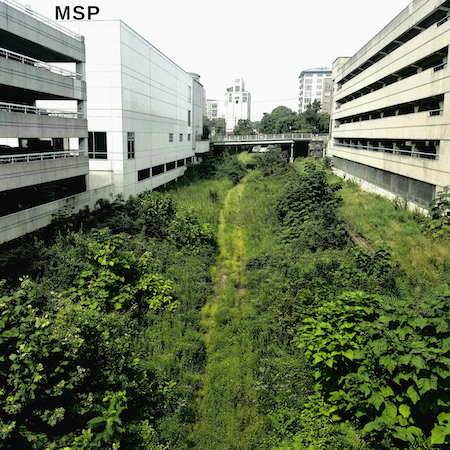 ManhattanSideProject is the solo work of David Klyman, a Philadelphia-based musician, audio engineer, and member of the Tiny Engines’ band Restorations.  Klyman has toured extensively for over 20 years and his first forays into production go way back to making “radio shows” on lo-fi mono cassette decks.  ManhattanSideProject is Klyman’s ever adapting vehicle for experimentation, combining analog and emerging digital technologies.

Retro Days was birthed as the track titles suggest: a song a day, written, performed and recorded from scratch by Klyman at Philadelphia’s Retro City Studios.  With no outside influence on the creative process, the songs reflect vivid memories of when homes didn’t have Internet connections: one couldn’t revel in current tech and carry the planet in a pocket.  On “Day Two”, Klyman utilizes analog drum machines alongside acoustic drums, distorted guitars and phased out vocals to showcase decades of musicians’ tools sitting alongside each other in harmony. As technology advances, what’s new and now eventually becomes retro.

Retro Days will be followed up in 2019 with the equally varied Desofisticate EP, where electronics and synthesizers take the lead.

All Songs Written and Recorded by David Klyman

Mixed by David Klyman and Starkey