Welcome to Philly Cheese Quake, where we grab a cheesesteak (and other cheesy jawns) at one of the the city’s many cheesesteak gems with different Philly musicians each month! For episode 3 of PCQ we headed to South Street with two of Philly’s finest, John Morrison and Josh Leidy, the hosts of the very popular Serious Rap S**t podcast. 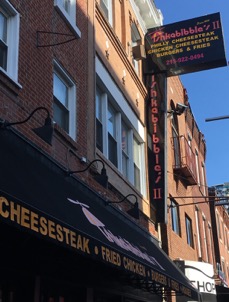 John Morrison is a talented writer, DJ, rapper, and producer who’s been a fixture of the Philly scene for years now. His masterful debut record, Southwest Psychadelphia on Deadverse Records, showcases his eclectic taste, seemingly unlimited beat-making capabilities, and impressive knowledge and love of hip-hop culture. He and his Serious Rap Sh*t co-host, Josh Leidy, have been best friends since High School and came up immersed in the culture… so yeah, they’re Rap aficionados.

After having a gracious convalescent-to-convalescent conversation with John while waiting for Josh to arrive, we sat down to shoot the s**t and break hoagie roll on this bright, beautiful November day as the clanking sound of spatulas and fried aromas saturated the air.

You two are obviously very close and have known one another for a while… how did you initially meet?

Josh: We met in High School, 9th grade... and have been friends ever since…

John: … with varying degrees of intensity (laughs). We were part of a larger group of kids that would always hang out and rap and battle people, etc but I think the whole crew eventually got split up toward the end of High School and Josh and I remained friends.

Josh: That’s pretty much how the podcast started. 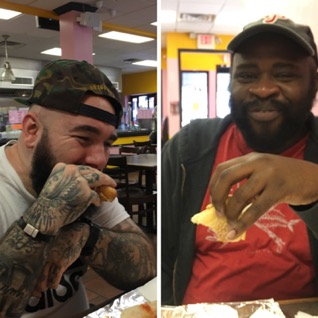 That was my next question…

Josh: I’m a big a big fan of podcasts. I work overnight, work a lot of hours and I don’t want to listen to the radio all the time, so I started to listen to podcasts. So we were helping this friend of ours, Justin move and we were all just talking. And I realized that we went from geopolitics to rap to girls/relationships and I just realized we could cover a large range of topics...

Josh: LOL yeah while carrying furniture! So I was like, “hey we should just start a podcast!” I mean, there’s a large group of people who’ll just listen to whatever. Like, a lot of the podcasts I listen to, there’ll always be a specific topic but they still talk about a number of different subjects.

You know I’m a fan of the podcast, have been listening regularly, and I’ve definitely noticed that you digress from one topic to the next, and a lot of the time it’s not about rap. 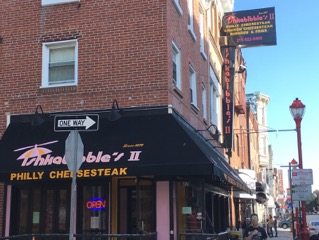 John: For sure, the podcast is basically a conversation between us that’d eventually happen anyway, we just press record and edit it now!

Josh: Yeah, I think it was kinda the goal to base it around something we have knowledge of, but also in the sense that Hip Hop culture tends to cover so much… especially when we were growing up, Hip Hop culture wasn’t just about the music, it was how you talked, how you dressed, where you hung out, who you hung out with, politics… it was everything. Basically everything we do is the culture.

And that’s really cool because I love Hip Hop, but am certainly not an expert, which initially put me off… like, I didn’t want to seem like a poser, but then I realized it was just two intelligent guys talking about whatever, and you’re both so funny it’s like you don’t have to be way into rap to listen and enjoy it. 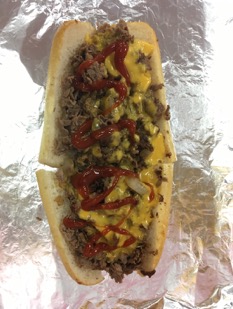 Josh: Yeah, I think it keeps it relatable, because a lot of other rap podcasts are interview-based, which is what draws listeners in. We don’t do interviews, so people who listen to us do so because they like us, and I think that’s really gratifying.

John: Yeah, people are always asking us to do interviews. As a writer I interview people all fuckin day, so yeah I’m not looking to interview more people, but I do have fantasies about us doing an NPR-style thing, completely like a more serious cultural and political podcast, which I think we both have the capacity and savvy to do. It’d be more about moving pieces, but I’d interview artists for that... not for Serious Rap S**t, though.

You mentioned editing… how much content do you edit out, and what specifically may be something that’s edit-worthy?

John: Usually it’s Josh talking shit about some artists that I may want to work with in the future (everyone laughing)! Also, illegal stories, like i’m listening back and ask myself, “Do I really want this getting out there?” 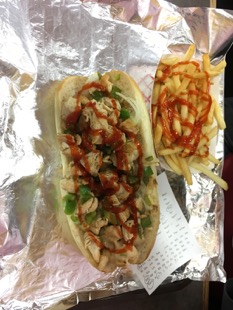 Josh: Yeah, like is there a statute of limitations on what we’re talking about? Also, both our Mom’s both listen to the podcast, so…

John: (laughing) Yeah my Mom listens and doesn’t like swearing, so she was like, “I listened to you and Josh’s podcast and…. Well, I just had to turn it off.”

Josh: It’s not for kids, and it’s not for grown-ups. It’s for people like us, who kinda fall somewhere in between lol.

So, since summer Philly has been obsessed with Gritty... there’s been a petition floating around to replace the Rizzo mural in S. Philly with an image of Gritty. You’re the ones who started this petition, correct?

John: Yup, and full disclosure, this all started as a joke. I mean, we both thoroughly detest Frank Rizzo, but we didn’t expect anyone to actually take it seriously. We were just joking around on facebook and then came up with the idea for the petition. I drafted it on a night where I really had nothing else to do and sent it in, and I think within the first hour we got like over 300 signatures, which is funny because we really didn’t think anything of it. So it just started snowballing… local publications started picking it up, then Fox 29 did a special feature on it, then the Wall Street Journal and Vice picked it up… it was just a joke that started rolling!

Josh: Somebody else interviewed us for a local South Philly publication and they asked, “Have you set up a meeting with the City Council to try to work out a resolution?” and we were like, “Oh shit! They think this is a serious thing!” LOL (*Sign the petition here!)

John, you have a new project you’ve been working on… 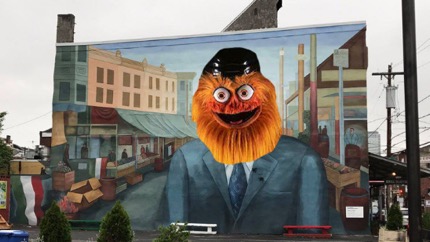 John: Long story short, I became ill with bacterial meningitis last February. This past summer I was basically relearning how to walk and hanging out with my mom a lot, digging up old records and magazines and tapes I made when I was a kid. So this new project is called Memorabilia, it’s something I dreamt up was I was laid out in the hospital and it’s basically a sonic version of that. A lot of it is just me reimagining songs from when I was a kid. Really, it’s a remix tape, it’s all beats that I made and acapellas from 90s hip hop, The Roots, Pete Rock & CL Smooth, Artifacts, stuff like that. I think it’s going to be the best thing I’ve done so far. 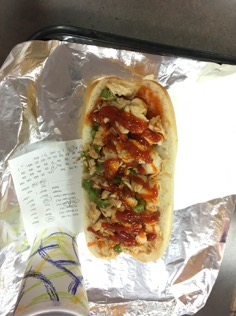 John: Right before I got sick, we were hired to shoot a film in India. But once I got sick, only Josh and our Homie, Raj, went. Basically, Raj is an Indian-American and the film is a coming-home kinda thing for him… Josh followed him around on tour and filmed everything that was happening but also connecting with Indian Hip Hop artists, breakdancers, writers etc.

Josh: India was crazy, it was a life-changing and mind-changing experience, for sure. I’ve been to Puerto Rico before, but this was the first time I’ve been outside of the country. The difference is incredible, cows just sleeping on the sidewalks, and there were a ton of wild dogs just running around everywhere. The dichotomy of expremes there is crazy, you’d be in the slums but would see a Ferrari parked on the street. There’s a burgeoning middle class, because there’s a tech boom there now, but the dichotomy of rich and poor is just unreal.

John: That’s the way we’re going with this country, unfortunately.

Ishkabibble’s is a Philly cheesesteak staple. They claim to have invented the first chicken cheesesteak, but I only like cow steaks so I really don’t care. It’s a great place, though… I have so many memories of taking the regional rail into the city when I was a kid and going to South Street with my friends… we’d always stop at Ishkabibble’s and grab some steaks from the sidewalk window and eat them in the park. Great food and friendly, fast service. Serious Rap S**t approved! 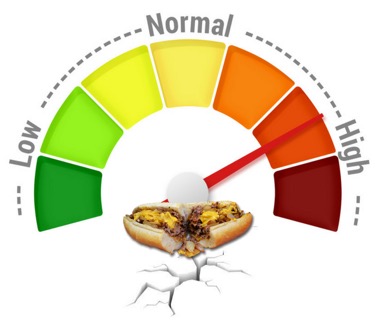