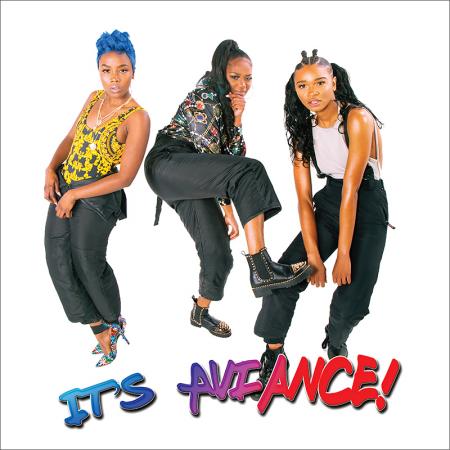 Aviance have previously made TV appearances on Fox’s Q-Deezy Show and Good Day Philadelphia, packed Philadelphia’s Theatre of Living Arts and performed on some of the biggest Philly stages, including 2018’s Made in America Festival.

With a varied mixture of club bangers (“Andale”), heartfelt anthems (“Salute You”), and tracks that flip pop music structures (“Tomorrow”), It’s Aviance is the culmination of months in the studio that showcases a diverse music output. The opening track and single, “Introvert”, gets things started with horn stabs and stuttery hats. This is followed by the heartfelt “Imperfect”, where a stripped back beat lets Aviance’s tight harmonies shine. And when you couldn’t think It’s Aviance couldn’t throw you anymore curve balls, closer “Say Slide” mixes funk and house into a talkbox and vocoder-featuring club beat only to end abruptly chopped and screwed up.

Mixed and Mastered by Starkey, except Tracks 3 & 4 mixed by Steve Mayfield